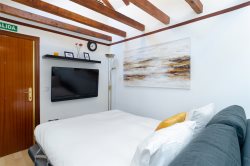 STRICT POLICIES:
Firearms, Firecrackers, Fireworks and Other Explosives are Prohibited.
Pets: Pets are only allowed in specific homes. NO PETS where prohibited.
Smoking: There is a strict NO SMOKING policy in all of our units. An automatic $150 USD Deep cleaning fee will be charged in addition to other damage.
Fish Cleaning: Absolutely NO FISH CLEANING permitted in property.
Hot Tub: No children under the age of 12 are permitted in hot tubs at any time without adult supervision. When using the hot tub, remember there is a health risk associated with this facility. Use at risk.
Water and Septic: Properties may be on well and septic systems. The mineral content in the water is high. During a drought, the well water may have an odor. The septic system is very effective; however, it will clog up if improper material is flushed. DO NOT FLUSH anything other than toilet paper. No feminine products should be flushed at any time. If it is found that feminine products have been flushed and clog the septic system, you could be charged for all damages.
Pools: No person under 14 years of age is allowed in the pool without adult supervision. No running or rough play, No glass allowed, No pets, please wear proper pool attire.
Outside Guests: Outside guests may not stay overnight, shall abide to the same rules and regulations as renter, and renter is solely responsible for such guests.
Guests will abide by the HOA rules and regulations. Fines charged by the administration will be passed on.
ATV’s & Motor Vehicles: are not allowed at any time on the beach. Any complaint about this from any neighbor will result in at automatic $200 USD penalty plus any damages.
Illegal substances or immoral acts are strictly prohibited.
Hazardous, poisonous, corrosive, or flammable substances in or around the property are strictly forbidden.
Noise: Parties and loud music are not allowed in any of our rentals. Please consider the neighbors.

PARTIAL INVALIDITY
Nothing contained in this Agreement shall be construed as waiving any of the CLIENT`s or Kivoya team`s rights under the law. If any part of this Agreement shall conflict with the law, that part shall be void to the extent that it is in conflict, but shall not invalidate this Agreement nor shall it affect the validity or enforceability of any other provision of this Agreement.
VENUE FOR DISPUTE
This Agreement shall be governed by and construed in accordance with the laws of Mexico without regard to conflicts of laws principles. For anything related to any and all controversy, claim or dispute arising out of or relating to this Agreement, or the breach thereof, the Parties hereby expressly submit themselves to the jurisdiction of the competent courts of the City of Guadalajara, Jalisco, Mexico, irrevocably waiving any other jurisdiction that may correspond to them because of their present or future domicile or for any other reason. The prevailing party shall be reimbursed for all reasonable attorney's fees and costs in addition to other damages awarded.

Jump to a Rental